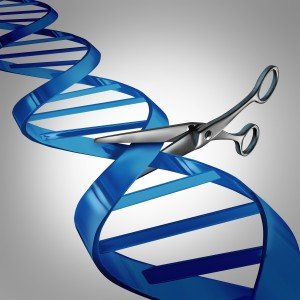 No doubt you’ve seen gene editing technology in the news over the last week. Scientists and policy makers met in Washington in early December to discuss the ethics behind a technology called CRISPR-Cas9, eventually calling for a moratorium on projects involving human embryos until ethical issues are addressed.

CRISPR, which stands for clustered regularly interspaced short palindromic repeats, allows scientists to make precise, targeted changes to the genome of living cells that will be inherited by future generations. Genetic engineering isn’t new, in fact RNA interference (RNAi) has been around since the 90s, but CRISPR is different in that it is fast, effective, relatively cheap and easy to perform by many scientists, and heritable. It’s already working in mice and a Chinese team tested it out on unviable human embryos earlier this year.

Of course, gene editing in humans is meant to be used in gene therapies targeting a variety of devastating, heritable diseases. But bioethicists have been pointing out the potential problems for decades: the prospect of using the technology for purely cosmetic enhancements (giving people who can afford it physical and intellectual advantages), unforeseen side effects of changing the DNA (off-target consequences), equality of access to this technology, and the claim that genetic engineering (and especially germ-line, aka heritable, modification) is contrary to human dignity.

Those who argue against the moratorium (such as psychologist and linguist Steven Pinker) say that CRISPR/Cas9 has the ability to end human suffering and save lives and that bioethicists should get out of the way of progress.

What do you think?

Resources:
Everything You Need to Know About CRISPR, the New Tool that Edits DNA (Gizmodo)
Breakthrough DNA Editor Borne of Bacteria (Quanta)
Scientist Call For Moratorium On Human Genome Editing: The Dangers Of Using CRISPR To Create ‘Designer Babies’ (Tech Times)
CRISPR/Cas Faces the Bioethics Spotlight (BioTechniques)
Should Bioethicists “Get Out of the Way” of CRISPR Research? (PopSci)
Easy DNA Editing Will Remake the World. Buckle Up (Wired)