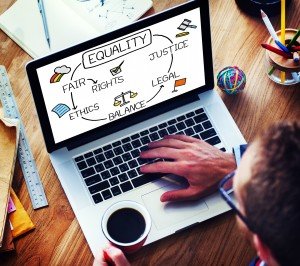 Task Rabbit, Amazon Mechanical Turk, AirBnb, Uber, and other online marketplaces provide individuals with the opportunity to work with a significant amount of autonomy. Employees can mostly work the hours they would like, and under the terms that work within the company’s established terms. While the ability for one to work from home without a large startup cost incurred to the worker remains a benefit for most, the lack of accountability and worker protections have begun to spur conversations about the ethics of digital labor, and appropriate policy actions to accommodate this new marketplace.

The potential labor implications for this rapidly growing marketplace are numerous, including an erasure of labor rights organizations. Digital labor has lessened the distinction between life and labor—digital labor has set back the clock to when the 80-hour workweek as the norm for most. This new system provides a greater opportunity to take advantage of a worker, and the potential lack of informed consent for the full project one may be completing. Amazon Mechanical Turk, for example, operates in a way that is ruled by anonymity – anonymity of the worker, and anonymity of the “employer.” If you now take into consideration that this milieu that is marked by anonymity is also transnational, then the challenges to traditional unions become clear.

The impacts spread beyond the United States: the impact is global because of the use of the Internet as infrastructure. Automation is also part of this picture, similar to the way that this has changed so many labor markets before. The anonymity of the worker paired with the globalization of our economy makes labor increasingly invisible; it’s quite easy to forget those sweated labor of the people in the Congo and China and Taiwan who produce the hardware that we are using, forgetting the poverty in which these workers live. It is similar for hundreds of thousands of digital laborers in the United States: if they are invisible, their labor needs will likely continue unconsidered. Below, we’ve provided links to commentary from outside sources in order to give multiple dimensions to the issues. The Reilly Center itself does not support any one perspective and citations of articles should not be considered endorsements.

Resources:
The Tragedy of the Digital Commons (The Atlantic)
Think Outside the Boss (Public Seminar)
How Digital Media Unionization Can-And Can’t-Strengthen the Labor Movement (New Republic)
Benner on Tech: A Digital Labor Movement and Sony Schadenfreude (Bloomberg)
All the Names for the New Digital Economy and why None of Them Fits (Quartz)