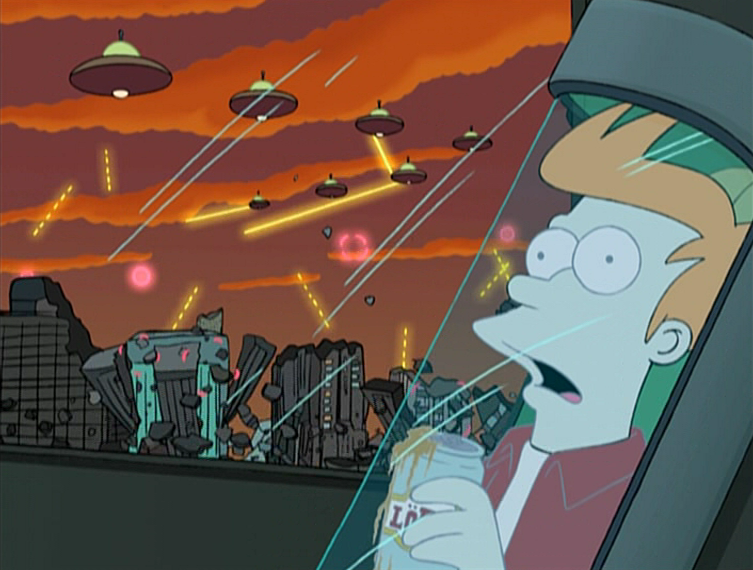 Futurama is a trademark of 20th Century Fox

Cryonics is getting a second go-round. The idea, first developed in the 1960s when Robert Ettinger wrote his book The Prospect of Immortality, is the new darling of Silicon Valley. In its simplist form, cryonics aims to freeze humans immediately after their moment of death in order to reanimate them decades, or centuries, later when their injuries and diseseas are treatable to old age can be reversed. The 21st-century version has a slightly different bent in that it’s all about the brain. Companies like TransTime, 21st Century Medicine, BioViva, KrioRus, Alcor Life Extension, and Cryonics Institute either still have preserved bodies or are now setting up contracts for preservation with the still-living. Lawyers are drafting new life insurance policies for people who plan to freeze their bodies, or just their heads.

Freezing your brain is an interesting prospect since it would require finding a new home for it upon thawing (3-D printing has been thrown out there as a possibility). But the new cryonics is more about preserving consciousness than the physical structure of the brain. Perhaps this is why Silicon Valley tech millionaires and billionaires are among the most invested in the new cryonics. If one sees the brain as a just very sophisticated hard drive, they might be willing to gamble on there being a day when they can be downloaded to a computer. Forget preventing our bodies from aging, this is a rebooting of your consciousness in a way that can be backed up and restored indefinitely.

Cryropreservation is achieved by vitrification, a process that replaces the body’s water with a chemical that freezes the tissues, but prevents damaging ice crystals from forming. Unfortunately, no one knows how to reverse the process yet, but investors believe that this breakthrough will happen eventually. Of course, the process is not cheap – one company is charging $12,000 to freeze heads alone, while another is charging $80,000. Full body peservation requires an even larger investment. This is probably why this particular transhumanist experiment is currently the domain of tech billionaires like Peter Thiel, co-founder of PayPal and futurist Ray Kurzweil, Google’s director of engineering. Many of these same investor are also looking into solving the problem of ageing so if they’re successfully thawed they’ll never again have to worry about death.

To cryonics investors, this approach has already shown some promise. Scientists have been able to freeze both eggs and sperm for use years later (in fact, Apple and Google are offering incentives to female employees who want to freeze their eggs!). They’ve also cryopreserved the brain of a rabbit with no damage to neurons and successfully frozen and reanimated worms, and the medical community is currently experimenting with injecting a saline solution into critically injured patients in order to cool them down and keep them alive until doctors can operate.

So, what if we can get this to work? Imagine how families would look different with great-great-great-great grandparents around. How would this impact the world economy and Earth’s (already dwindling) resources? What will society look like if only the extremely wealthy can afford this technology?

Even if we do conquer the scientific obstacles, the impediment then becomes the law. It’s likely that cryogenic preservation will work best on bodies that haven’t met all the criteria for death yet, but currently facilities are prohibited from freezing people who still show signs of life. Would doing so be considered assisted suicide, or possibly murder?

How do we address the claims of some futurists that death will become a choice and that people have the right to live forever? Is aging as an evil we need to combat?

Right now, immortality is largely the realm of religion. Louie Helm, who was interviewed for an article about cryonics in Fusion told interviewers that he’s had a conversation with his Christian mother who didn’t understand why this was necessary if his soul was already saved. But Helm doesn’t see the freezing adn reanimation process as a rejection of his faith. The Alcor Life Extension Foundation even has a handy webpage devoted to Christianity and cryopreservation, which they insist are entirely compatible. Alcor wades into some interesting territory in this discussion, stating that their process respects the sanctity of life by refusing to abandon those whose brains show activity even though they can be declared dead medically. They insist that their process is nothing akin to raising the dead and does not exist to postpone God’s judgement, but rather is something more like CPR, a life-saving technology.

The cryonics dilemma: will deep-frozen bodies be fit for new life? (The Guardian, 2016)
Inside The Immortality Business (Buzzfeed, 2013)
Cryonics firm sees market in tech’s quest for eternal youth  (SF Gate, 2015)
Decapitate and freeze now. Figure out immortality later (Bloomberg, 2016)
Into the deep freeze: what kind of person chooses to get cryonically preserved? (California Magazine, 2015)